Forest Drones for Environmental Sensing and Nature Conservation
Brett Stephens and Basaran Kocer (Imperial College London) will discuss the challenges associated with interactive flying robots in dynamic environments. The talk will focus specifically on the applications within a natural environment: the topics of control, navigation and perception/localization will be addressed. (There are multiple other applications to the discussed technologies, such as offshore infrastructure.)

Multi-Modal Sensor Fusion in Extreme Environments
Marco Camurri (University of Oxford) will talk about the work on VILENS: an award-winning sensor fusion algorithm that allows to estimate your position in extreme conditions where there both camera and lidar are degraded and GPS is unavailable. He will present the progress on the development of a sensor payload that can be easily transferred to other platforms, such as the aerial (please see below).

Towards Efficient Aerial Inspection of Industrial Sites
Nived Chebrolu (University of Oxford) talk will cover the localization and mapping capabilities required for aerial platforms operating in large industrial sites. He will explore challenges in realizing robust and repeated autonomous inspection missions "in the wild", and present some of the latest results from field trials conducted in the summer at a rescue-operations test site.

We will present a haptic teleoperation system that enables complex manipulation and docking, which provides human demonstrations of motor skills that can be developed into autonomous operation capabilities. This system features manual, semi-autonomous and fully autonomous control modes for object capture and assembly tasks, biomonitoring for estimating the operator's mental load, holographic user interfaces for enhancing the usability, and haptic feedback to improve the system transparency for the operator.

Using Cognitive-load detection through multiple physiological measures we are creating adaptive interfaces that react to the users mental load. By creating prof-of-concept systems, we have shown that cognitive load can on the one hand be predicted using random forrest classifiers and on the other hand adapt interfaces in real time.

Furthermore, we can predict the trust into our systems based on linear regression analysis using our cognitive load measurements.

Underwater robotic vehicle-manipulation tasks widely require human operator control and intervention, for which tele-operation is a promising solution. However, not every action of the robotic system can be performed or desirable to be performed by the operator. The delay in feedback and command communication channels, the limitedness of the force/visual feedback from under the water, and a human not having the level of precision and speed as required in low level controls are the causes of this. The robotic system should be capable of autonomously performing low level control and fine manipulation aspects that require the immediate and physical/visual feedback within the control loop. Physically tracing the surface of a structure (such as for inspection, cleaning, measurement), optimally positioning the base vehicle while manipulation, and turning valves are such tasks that need to be automated to comply with the immediate force/visual feedback and to result in a reliable and effective performance. In this talk, I will present the autonomous control techniques and their applications for these three underwater tasks, developed with the vision of being incorporated into a tele-operated underwater vehicle-manipulator system. 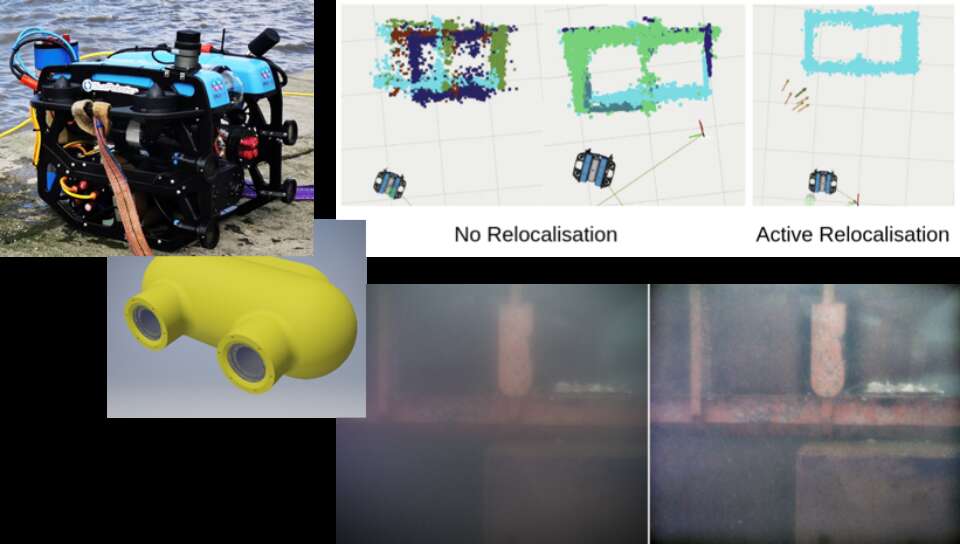